We're pleased to unveil the 5th main character in TOKYO CHRONOS who will also be voiced by the legendary voice actress, Romi Park!

Many people around the world will know Romi Park from the many roles she's had in popular anime series such as FULL METAL ALCHEMIST (Edward Elric), BLEACH (Toshiro Hitsugaya), and NANA (Nana Osaki) among many others. We're definitely excited that she's joined the cast. 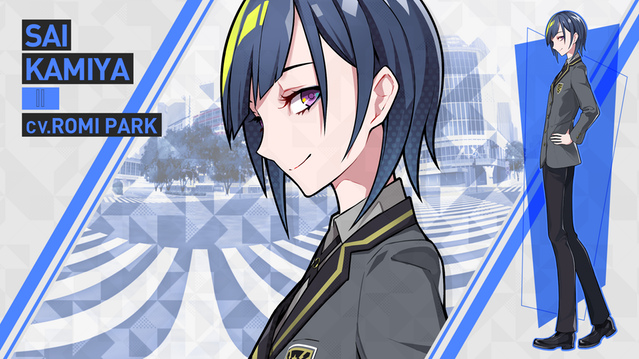 He is the class president at his high school and the son of a well-known politician. Having handsome looks, an intelligent mind, athletic prowess and very few if any faults, he is the perfect person. Considered the brains among the 8 friends, in the past he used to lead the group alongside Sakurai. With the deep, personal connections he has, any problem is easily solved.

In the CHRONOS world though, something doesn't seem right with him...