Hi everyone, this is BocchiP in charge of promotions!

The theme of this project is actually "turning crowdfunding into entertainment". We plan to have all sorts of things prepared, so please check back here every so often!

We'll be presenting the production concept and the development process!

"We want this kind of feature!" "What if you can do this?" -- it's great to hear your comments, replies, and DMs on Twitter. We'll definitely look at all of it! Please, do lend us a hand!

My explanation wouldn't be enough, so I'd like to call on Director Kashiwakura!

BocchiP: Let's jump right into it: what made you want to create this VR mystery adventure, Tokyo Chronos? Could you tell us the concept behind it?

Dir. Kashiwakura: Actually, by the time I'd joined the project, they already started planning out Tokyo Chronos. However, I personally wanted to go beyond the screen - that was my wish. Back in middle school and high school, on my way home, I would wish that there were Zakus and Doms in the alleys and spaces between buildings. I really thought to myself, "why don't I live in a world like that?" (laughs). I really wanted to go into the world of fiction, of anime.

But obviously, I can't (laughs).

So from that experience, I came up with this idea: the next adventure lies beyond the screen.

BocchiP: I see, I see. Have you always been into VR?

Dir. Kashiwakura: Yes, about that. When VR first came out, there were quite a lot of short-length attractions, or things that would let you experience certain things. For a developing technology like VR, this seemed to be natural for the course. Jumping into a story, however, is a little different. I wanted to take on the challenge of entering a story, through VR. 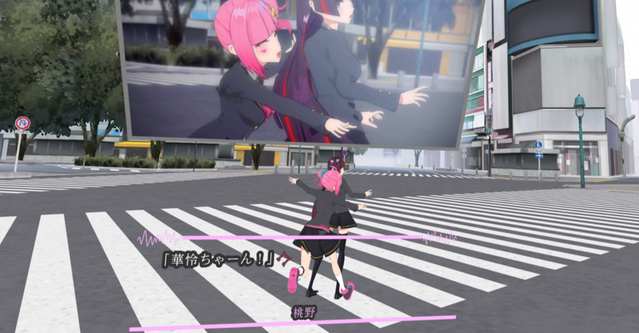 BocchiP: "Entering a story" - have you been thinking about this for some time now?

Dir. Kashiwakura: It's been a long-standing dream of mine - I want to enter a story with Doms and Zakus (laughs)

I've been in the anime industry for about 11 years now, and I've been a part of a number of anime projects. For example, what I placed a lot of importance on as the motion director for Rakuen Tsuihou -Expelled from Paradise- is that the characters and actions act exactly as if they're really there. Even though they're only within the screen, I wanted them to feel physically present.

BocchiP: There definitely was that sense of presence and immediacy in Expelled from Paradise's dogfight scene.

Dir. Kashiwakura: In the scene when the mechs would fly toward the screen, I directed it in a way that they felt like they would fly straight at you. I adjusted everything pixel by pixel, dot by dot, until it felt absolutely right.

Dir. Kashiwakura: VR's ability to connect is dependent on how well it can reproduce that feeling of you being there: the forms of the characters; the motions on screen; the environment; the sense of realism created as the entire world within performs around you.

Also, it's not just the visuals, but the way how relationships between characters are interwoven. It's not just about the looks, but by taking everything else into account, the characters will look and feel truly alive.

This occurred to me when I was involved in anime, but I thought, isn't this like VR? That sense of life that I've always kept in mind - perhaps I can put those skills into use in VR. 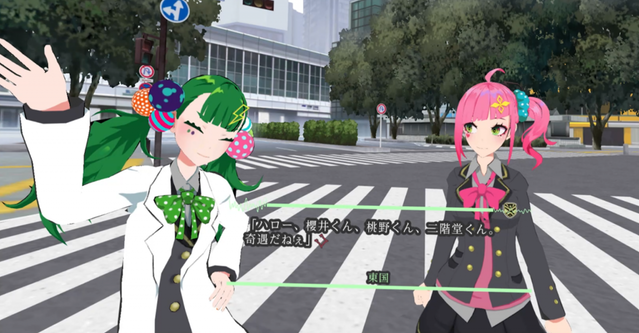 BocchiP: I see, I see. What then was the most difficult thing to express through this medium of VR?

Dir. Kashiwakura: When you try to execute VR properly, everything has to be expressed in a very concrete way. And that concreteness ends up being very explicit - perhaps even too explicit.

You remember the Famicom's pixel graphics way back then? Now for example, you get a certain famous RPG and show that in the PS2 or PS3's graphics, everything becomes more realistic, and more concrete: the fight scenes; the characters' expressions and poses. Essentially, because the creator is more explicit in what they show the players, it can perhaps destroy the illusions, the dreams of a certain portion of those players.

BocchiP: You have a point! (laughs)

Dir. Kashiwakura: The illusion that you present in a given game or work isn't just your own dream, but something you give away - it's not your own dream anymore. And of course, sometimes many players will create in their minds a much greater illusion than the reality, and of course there are many who don't - I call it the "panty glimpse theory" (laughs).

BocchiP: Quite a catchy term you coined there! (laughs)

Dir. Kashiwakura: Everyone can have their own ideal "dream", because it isn't explicitly seen. But if it is seen, then it no longer becomes my own "dream". Japanese are fond of expressing things in between the lines, between each cut, between each still - that's what I like to think, anyway. In making anime, I create each frame in those 24 frames per second so that people can sense what's in between each of those frames. Conveying something isn't about showing, but about making someone feel.

Well, I suppose I'm explaining it in reverse order, but essentially finding the middle ground of expression between those two extremes is one point of VR. That's one of the things I learned after first actually handling VR. Of course, it can be an advantage, but also, a disadvantage.

BocchiP: An advantage and a disadvantage... That is true.

Dir. Kashiwakura: Right? So anyway, in taking on the challenge of the story of Tokyo Chronos, the question arises: how do we express both the text and characters in a VR setting? The idea is not just to show a pile of text, but for the players to engage in the story and the characters. Even now, we're still in a phase of trial and error. 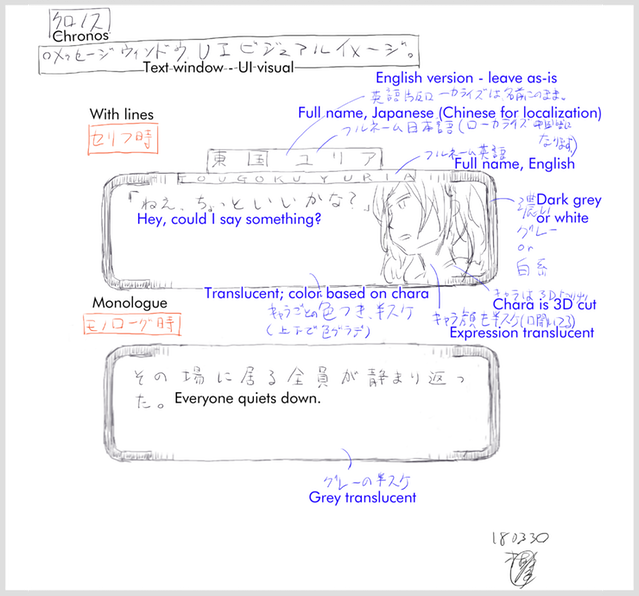 BocchiP: I see. Taking all that into account, what are the things you're taking extra care of in Tokyo Chronos's development?

Dir. Kashiwakura: The characters are crucial - how do we get the players to like them? To make them interesting?

And based on that, destroying the first prototype.