We're pleased to unveil the 6th main character in TOKYO CHRONOS who will be voiced by voice actress, Azu Sakura! Sakura-san is an up and coming voice actress who some may know from her role as Mei Hatsume in the popular anime series, My Hero Academia. We're certainly happy to have her on board for this project. 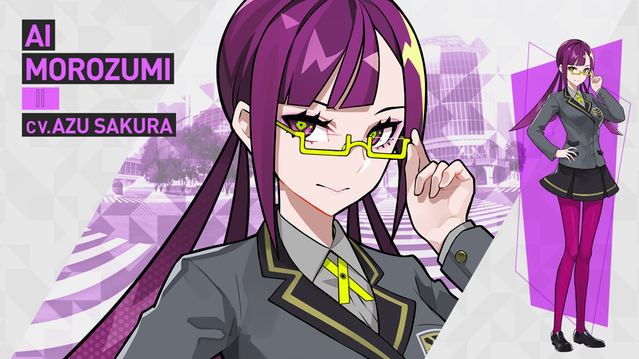 She is the vice president of the student council at her high school and is the cool but serious type. What is right is of utmost important to her and she's hard on others and even herself in that regard. She's always held that belief even in grade school which caused others to shun her but Sai came to her aid and from that point on she has had absolute faith in him.

Though she's tough on others, it is not because she's cold-hearted. Along with being the oldest daughter in a large family, she genuinely cares a lot about others.