We're pleased to unveil the 7th main character in TOKYO CHRONOS who will be voiced by voice actor, Keisuke Ueda! Some may know his role as Heine Wittegenstein in the anime series, The Royal Tutor. Ueda-san is actually also a trained stage actor who is notable for his role as Sangaku Manami in the Yowamushi Pedal stage play, Pharos in the Persona 3 stage play and Kuzuryu Fuyuhiko in Danganronpa 2: Goodbye Despair 2017 stage play. We're very curious to see how this talented stage actor's skills will translate in a voice role. 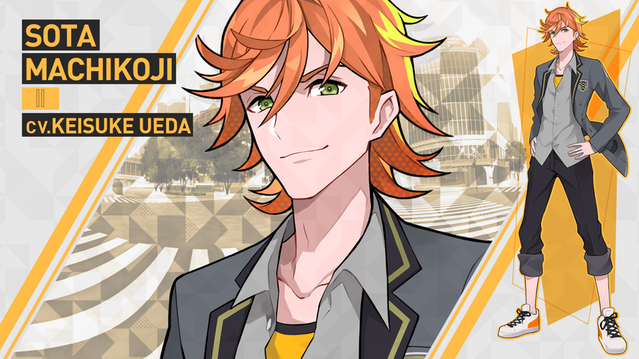 This optimistic jokester is the mood maker in the group. Although he's quick to get into fights with others, he's a lovable idiot who absolutely hates those that act unjustly towards others. Always thinking about his friends, in the past he was the kind of guy who would rush into the fray when his friends were in a jam.